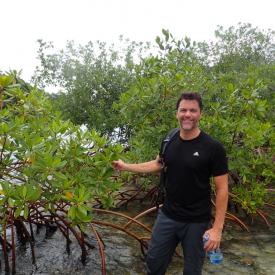 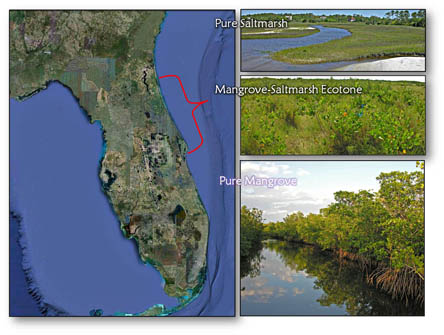 Human-induced changes to climate are especially pressing for coastal areas, where the velocity of climate-induced change is expected to be rapid, and where millions of people depend on the services provided by coastal ecosystems. Mangrove forests occupy much of the world’s tropical and subtropical coastlines, and these highly productive ecosystems provide habitat to many animal species and trillions of dollars in ecosystem services. Mangrove populations around the world are expanding at their range edges, contributing to the growing predominance of tropical species in temperate zones. While rising global temperatures are thought to be generally responsible for these shifts, our work has recently shown that it is not rising temperatures per se, but rather the reduction in the number of freeze events experienced at the range edge. We first showed this using remote sensing of ~30 years of data along the eastern Florida coastline, where there were rapid thresholds in mangrove expansion in years lacking extreme freeze events (PNAS 2014).

We have also shown similar results by examining the ecophysiological impacts of freezing in mangroves. Indeed, the mangrove species with the most northern distribution in Florida, the black mangrove Avicennia germinans, has the highest resistance to freezing temperatures, followed by moderately freeze-resistant red mangroves Rhizophora mangle, then the least-resistant white mangroves Laguncularia racemosa (Functional Ecology). All three species become more resistant to freezing at the edge of their ranges, although this appears to be phenotypic plasticity rather than genetic adaptation. Interestingly, all three species also appeared to converge on a common phenotype at the edge of the ranges, indicating that common selective pressures can lead to common phenotypes, even across three species from three different families. 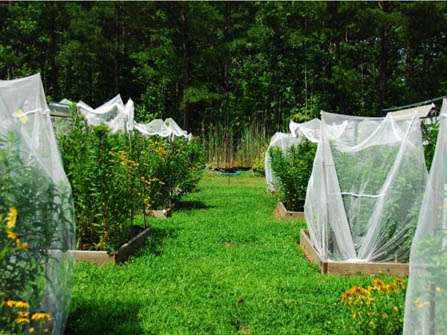 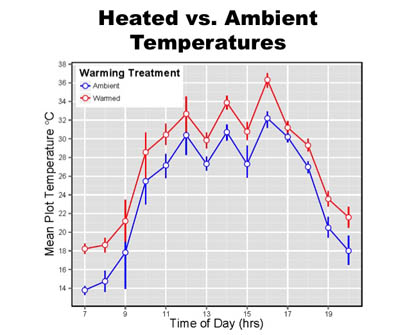 Our work on climate change and plant-insect interactions is primarily in the temperate zone and encompasses a manipulative field experiment and a series of laboratory experiments conducted primarily by former graduate student and current post-doc at Colorado State Nate Lemoine. Starting in 2012, he has conducted a series of laboratory experiments examining how rising temperatures alter insect feeding rates and performance. Results show strong variability in insect thermal response curves across species, and even for the same species feeding on different host plants. In some cases we can predict feeding based on host plant quality (e.g., at higher temperatures insects switch to plants with higher N and P content, Oikos 2013), but in most cases feeding responses are idiosyncratic (PeerJ, 2014). These results suggest that a warming climate is likely to have unpredictable effects on plant-insect interactions.

Our work in this area is now largely focused on expanding our laboratory results into field settings. In 2013 we installed sixteen 4 m2 raised garden beds in the SERC common garden area, half with infrared heaters capable of raising ambient temperatures by up to 4–6˚C. We’ve since been using this garden to examine the separate and combined effects of a warming world on plant response to herbivory, and to examine how warming might alter plant diversity-function interactions.