Human activities can change streams.  The most obvious changes are physical, like the widening and deepening of this stream from erosion driven by storm water runoff. Looking below the surface can reveal changes in the species and numbers of aquatic animals inhabiting the stream.

We want to understand the interacting effects of land use and other watershed characteristics on the biological health of streams.

Healthy streams can supply clean water for drinking, agriculture, recreation, and industry. They also provide habitat for aquatic animals, including fish prized for their food and recreation value.  Scientists have developed ways to assess stream health by censusing the aquatic animal communities in human-impacted streams and comparing to the communities in pristine natural streams.  Such efforts often focus on the stream invertebrate community, which includes aquatic insects, crayfish, and mussels.  Some of these species are sensitive to water pollution, while others can tolerate polluted water.  The relative abundance of sensitive and tolerant species speaks volumes about the health of the stream.  Stream invertebrates are also important food resources for fish.

We have used invertebrate diversity data collected by stream assessment programs (like the Maryland Biological Stream Survey) to examine how different land uses and other watershed characteristics affect the biological health of streams.  Urban development is strongly associated with stream degradation, and much of that impact is due to storm water runoff from impervious surfaces (basically roads, parking lots, sidewalks, buildings, and other hard surfaces). Salt and other minerals applied to roads are also bad for many aquatic organisms.  Stream invertebrate communities begin to change when as little as 2.5% of a watershed is covered by impervious surfaces.

Our current research explores how impervious surfaces affect the trait diversity of stream invertebrates. The traits represent the jobs and addresses of the organisms within the stream.  For example, one trait describes where organisms live, such as pools or riffles in the stream.  Another trait tells what they eat, such as microscopic plants (algae) or other insects.  Studying how impervious surfaces change the mixture of traits in the aquatic community helps us understand the effects of greater development on the overall function of the stream ecosystem. 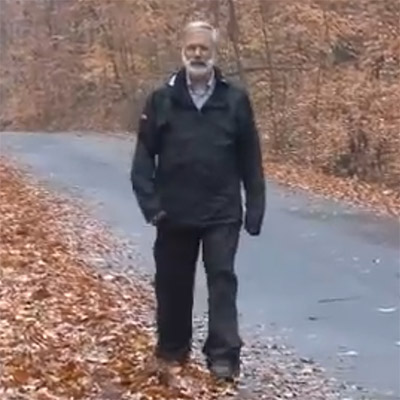 Ecosystems on the Edge:  Stream Health (an 8 minute video with Don Weller)