As carbon dioxide (CO2) levels rise, scientists want to know if plants would be a carbon sink.  A carbon sink is process that removes gases from the atmosphere. These sinks can occur naturally or be manmade. Natural carbon sinks include oceans and forests. They absorb more carbon dioxide gas than they release, which is useful to people, because we add billions of tons of carbon per year to the atmosphere. 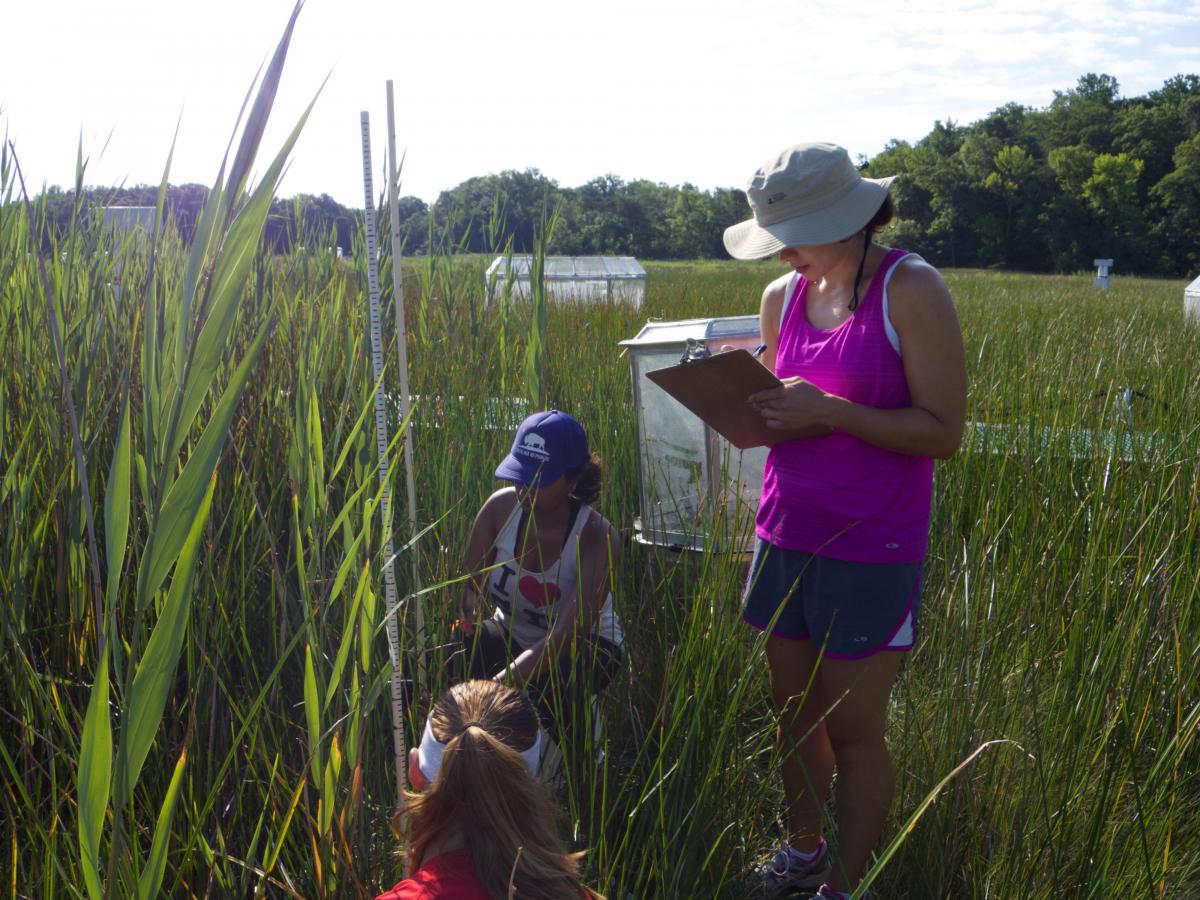 Scientists are also looking at the effect of multiple different types of global change on the growth of the salt marsh. They simulate climate change by placing plants into different depths of water (sea level rise), pump predicted amounts of gases into chambers (increase in carbon dioxide), or heat the marsh (global warming). They measure the results of these changes to see how salt marshes will fare in a changing climate.

Finally, the Global Change Research Wetland is home to a major study looking at the growth and spread of Phragmites australis (Phrag for short). Phrag is an invasive reed that spreads quickly and grows up to 15 feet tall! Not all invasive species are destructive, and some get along well with new neighbors. However, Phrag cuts off access to light and nutrients to other plants and animal species and prevents them from growing.

Why do we care about salt marshes at all? Who cares if they disappear? 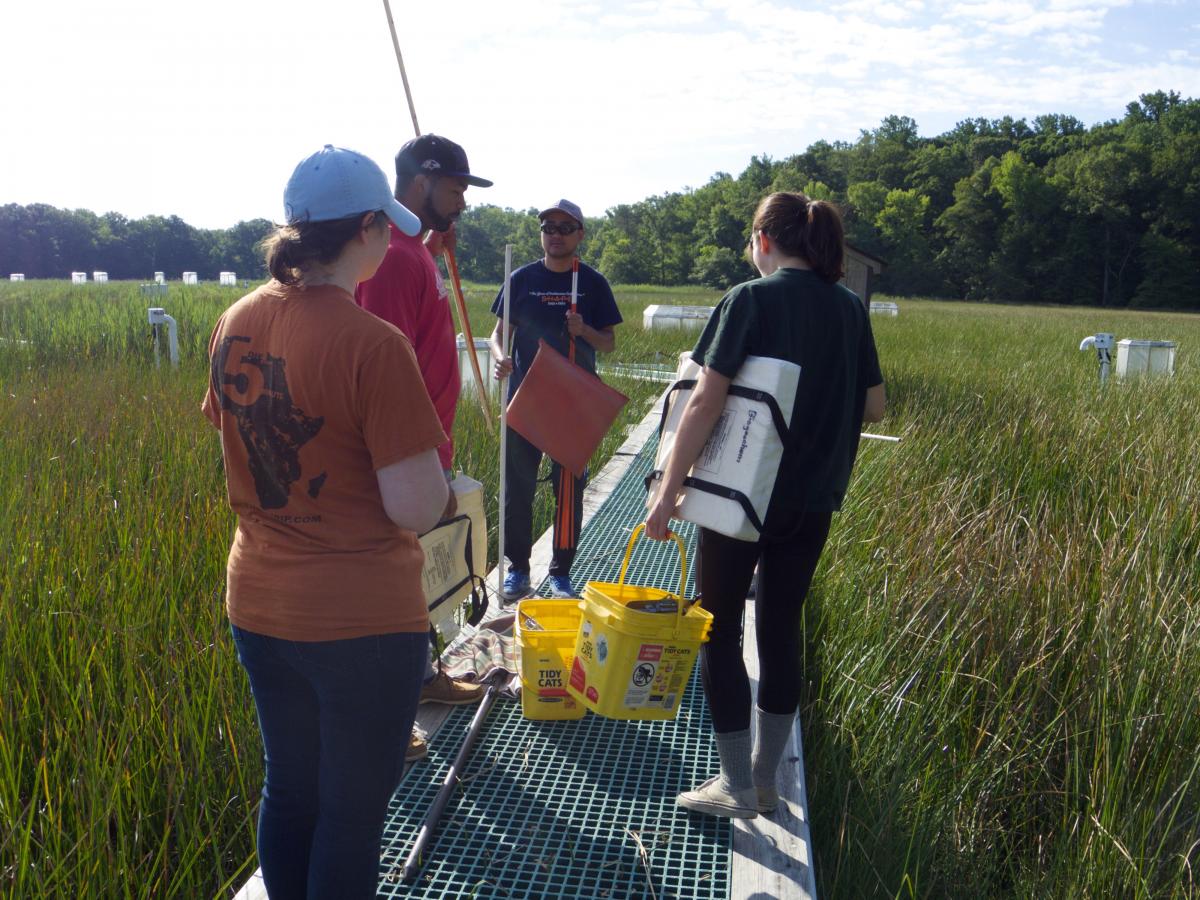 Salt marshes provide the habitat for numerous plants and species that will begin to disappear as salt marshes disappear. They are also often the first line of defense against storms. In New Orleans, where Hurricane Katrina made landfall in 2005 was surrounded by salt marsh 100 years ago. Over the last 100 years, this marsh has disappeared because of human activities (building structures on the coast), and sea level rise. Marsh plants will drown if they get too much water, so this also contributes to their diminishing numbers.