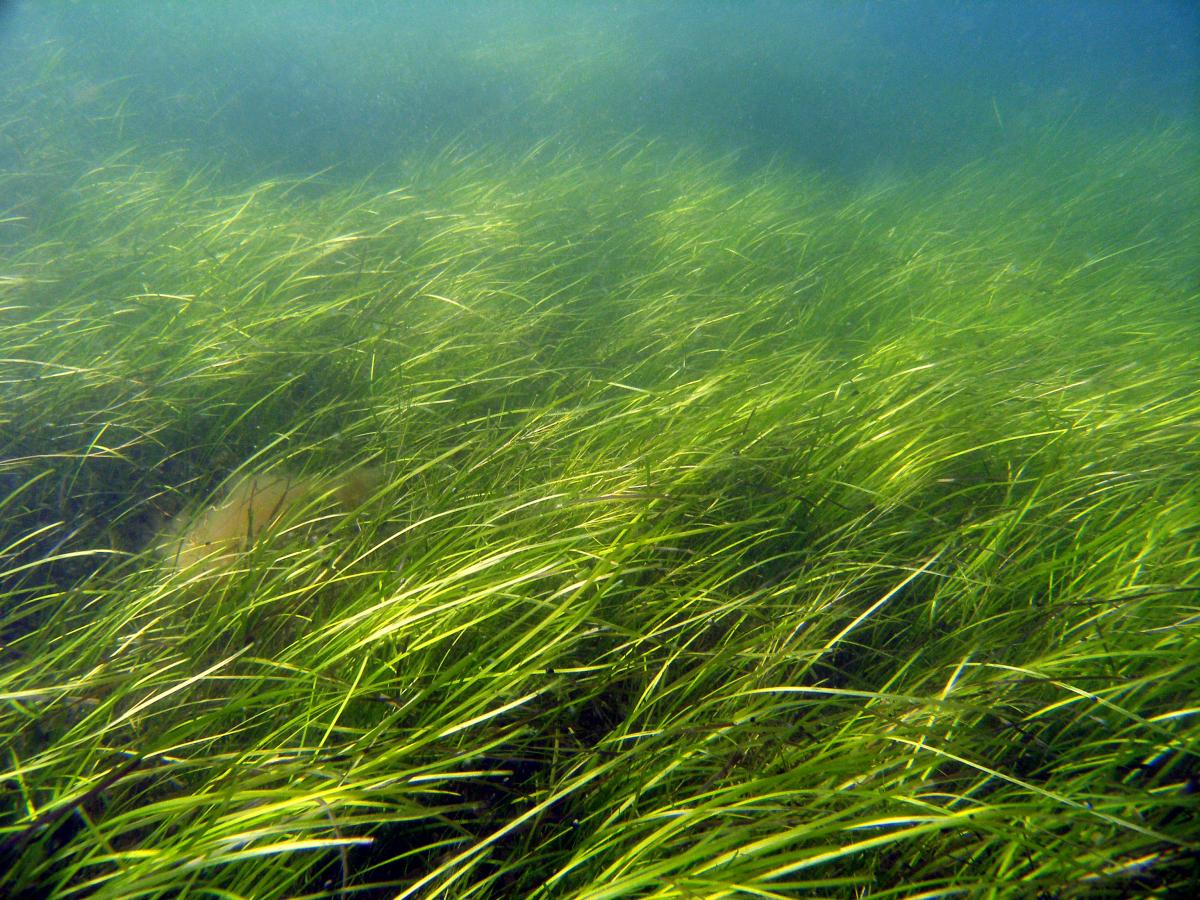 Eelgrass from the Finnish Archipelago Sea. Eelgrasses migrated to the Atlantic from the Pacific hundreds of millennia ago, and that ancient migration left marks on their DNA that still shape them today. (Credit: Christoffer Boström, Åbo Akademi University)

Deep evolution casts a longer shadow than previously thought, scientists report in a new paper published Aug. 1 in the Proceedings of the National Academy of Sciences. Smithsonian scientists and colleagues looked at eelgrass communities—the foundation of many coastal marine food webs along the north Atlantic and Pacific coasts—and discovered their ancient genetic history can play a stronger role than the present-day environment in determining their size, structure and who lives in them. And this could have implications for how well eelgrasses adapt to threats like climate change.

About a half-million years ago, when the world was warmer, some eelgrasses made the difficult journey from their homes in the Pacific to the Atlantic. Not all the plants were hardy enough to make the journey across the Arctic. For those that succeeded, a series of ice ages during the Pleistocene Epoch further affected how far they could spread. Those millennia-old struggles left lasting signatures in their DNA. Even today, eelgrass populations in the Atlantic are far less genetically diverse than those in the Pacific.

Still, in the classic “nature versus nurture” debate, scientists were stunned to discover that genetic legacy sometimes does more to shape modern eelgrass communities than the current environment. 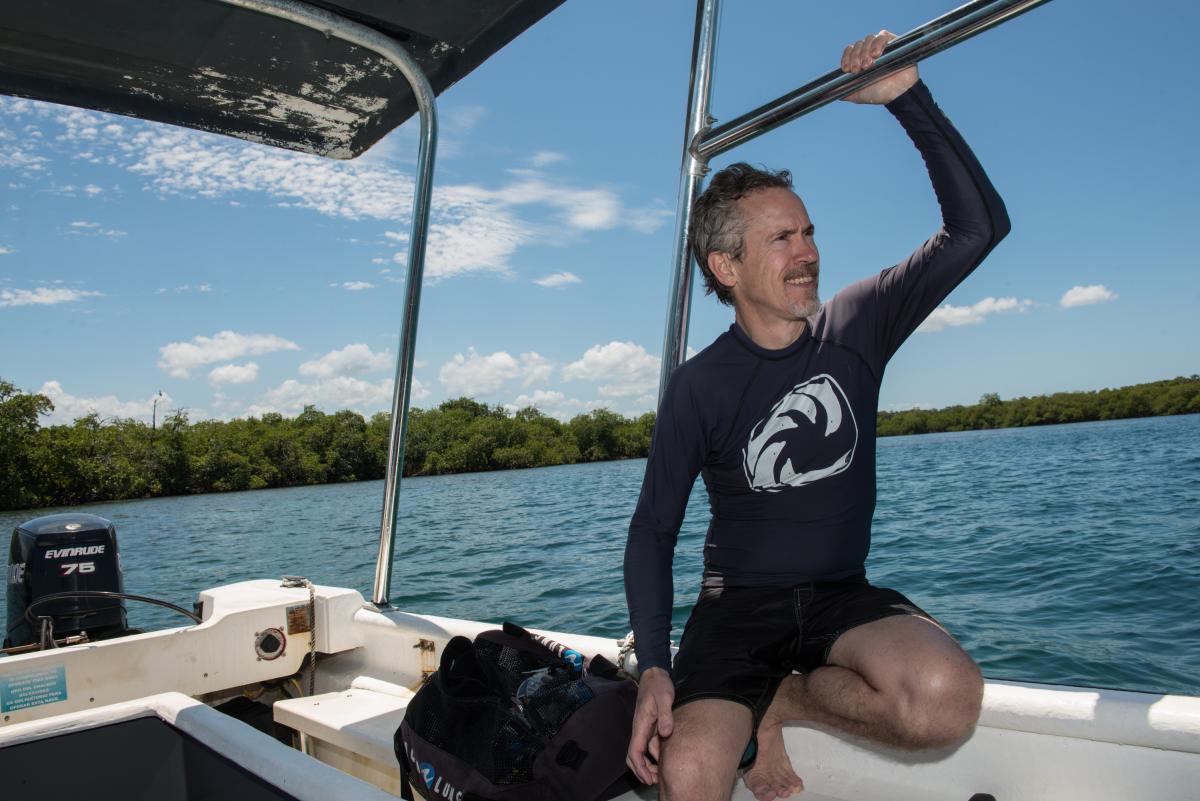 “We already knew that there was big genetic separation between the oceans, but I don’t think any of us ever dreamed that that would be more important than environmental conditions,” said Emmett Duffy, marine biologist with the Smithsonian Environmental Research Center and lead author of the report. “That was a big surprise to everybody.”

Eelgrass is among the most widespread shallow-water plants in the world. Its range spans from semi-tropical regions like Baja California all the way to Alaska and the Arctic. Besides providing food and habitat for many undersea animals, eelgrass offers a plethora of services to humans. It protects coastlines from storms, soaks up carbon and can even reduce harmful bacteria in the water.

But in most places where it grows, eelgrass is the dominant—or only—seagrass species present. That makes its survival critical to the people and animals that live there. And the lower genetic diversity in the Atlantic could make it hard for some populations to adapt to sudden changes. 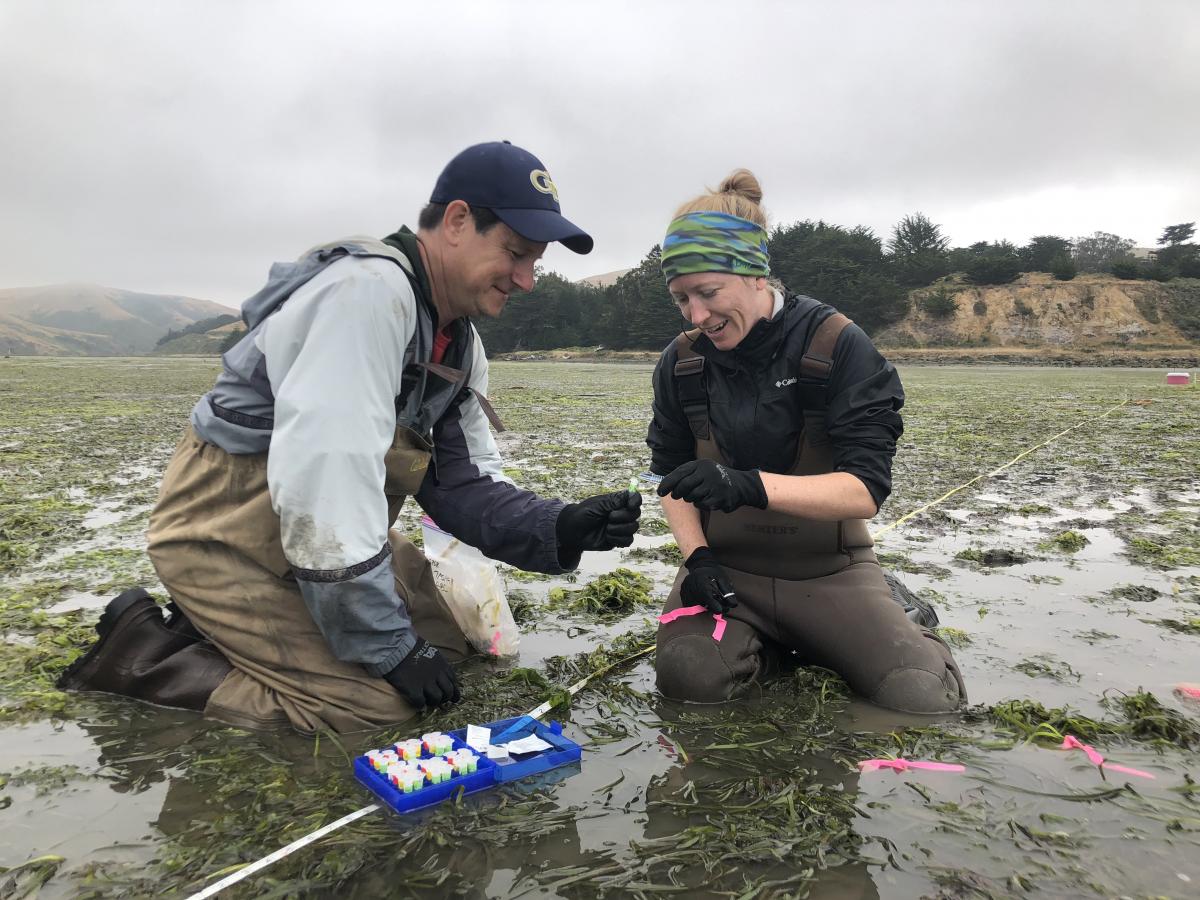 “Diversity is like having different tools in your tool belt,” said co-author Jay Stachowicz, a University of California, Davis ecologist. “And if all you’ve got is a hammer, you can put in nails, but that’s about it. But if you have a full complement of tools, each tool can be used to do different jobs more efficiently.”

Ecologists have already seen eelgrass disappearing from some regions as the waters heat up. In Portugal, its southernmost spot in Europe, eelgrass has begun pulling back and moving farther north, into cooler waters.

“I don’t think that we’re going to lose [eelgrass] in the sense of an extinction,” said co-author Jeanine Olsen, an emeritus professor at the University of Groningen in the Netherlands. “It’s not going to be like that. It’s got lots of tricks up its sleeve.” But local extinctions, she pointed out, are going to occur in some places. That could leave regions that depend on their local eelgrass in trouble.

Realizing the urgent need to understand—and conserve—eelgrass worldwide, Duffy and his colleagues banded together to form a global network called ZEN. The name stands for Zostera Experimental Network, a nod to eelgrass’s scientific name, Zostera marina. The idea was to unite seagrass scientists all over the world, doing the same experiments and surveys, to get a coordinated global picture of seagrass health.

For the new study, the team studied eelgrass communities at 50 sites in the Atlantic and Pacific. With 20 plots sampled per site, the team came away with data from 1,000 eelgrass plots. 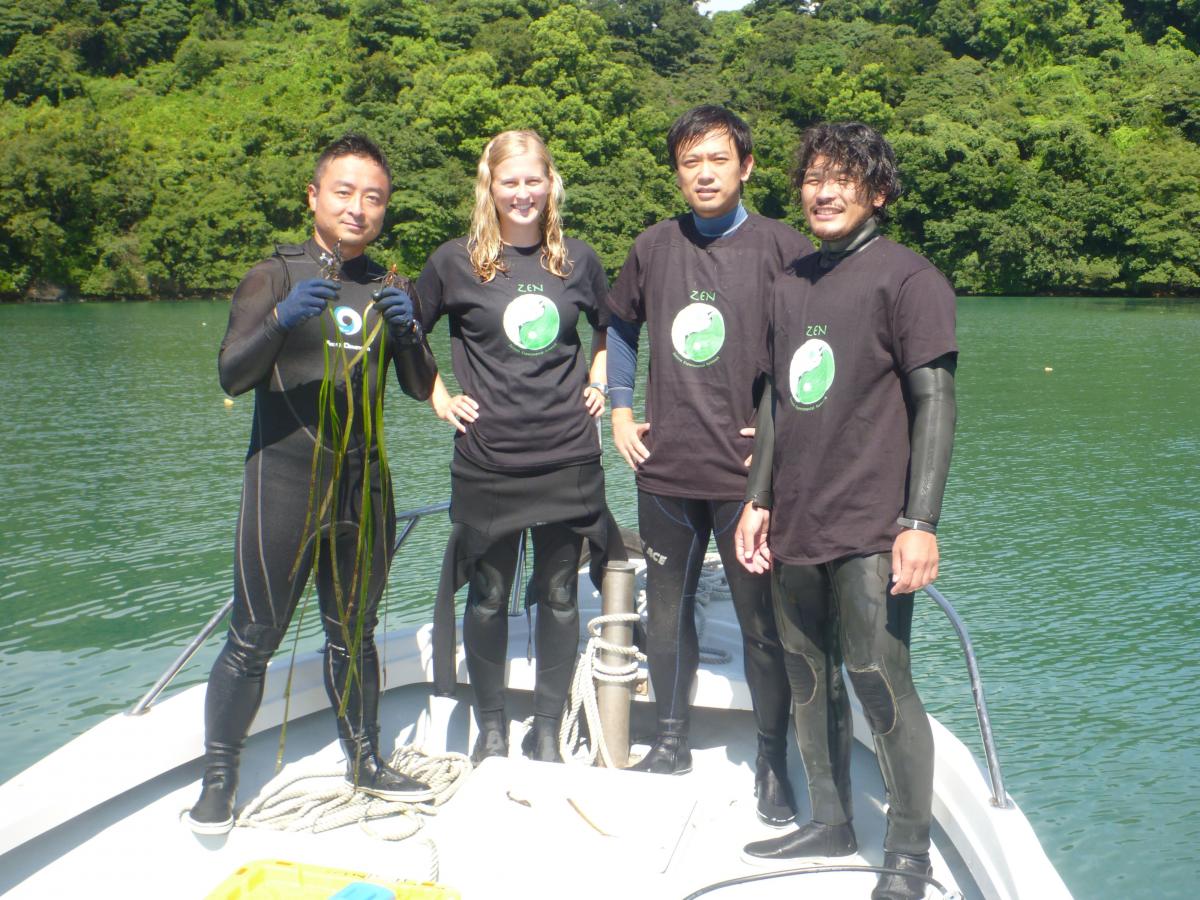 Members of the Zostera Experimental Network (ZEN) at a site in Japan. (Credit: Matt Whalen)

First they collected basic eelgrass data: size, shape, total biomass and the different animals and algae living on and around them. Then they collected genetic data on all the eelgrass populations. They also measured several environmental variables at each site: temperature, the water’s saltiness and nutrient availability, to name just a few.

Ultimately, they hoped to discover what shaped eelgrass communities more: the environment or the genetics?

After running a series of models, they discovered a host of differences between the Atlantic and Pacific eelgrass ecosystems—differences that closely aligned with the genetic divergence from the Pleistocene migration and subsequent ice ages.

While Pacific eelgrasses often grew in “forests” that regularly surpassed 3 feet tall and sometimes reached more than twice that high, the Atlantic hosted more diminutive “meadows” that rarely came close to that height. The genetic differences also aligned with the total biomass of eelgrass. In the Atlantic, evolutionary genetics and the present-day environment played equally strong roles in eelgrass biomass. In the Pacific, genetics had the upper hand.

These impacts flowed up to other parts of the ecosystem as well. When it came to small animals that lived in the eelgrass, like invertebrates, the genetic signature from the Pleistocene again played a stronger role than the environment in the Pacific. Meanwhile, the two played equally strong roles in the Atlantic.

“The ancient legacy of this Pleistocene migration and bottleneck of eelgrass into the Atlantic has had consequences for the structure of the ecosystem 10,000 years later,” Duffy said. “Probably more than 10,000.”

That ancient genetics can play such a strong role—sometimes stronger than the environment—has some ecologists concerned about whether eelgrass can adapt to more rapid changes.

“Climate warming—by itself—is probably not the primary threat for eelgrass,” Olsen said. Pollution from cities and farms, which can cloud the water and lead to harmful algal blooms, also endangers seagrasses. That said, the vast array of environments eelgrass can survive in testifies to its hardiness. 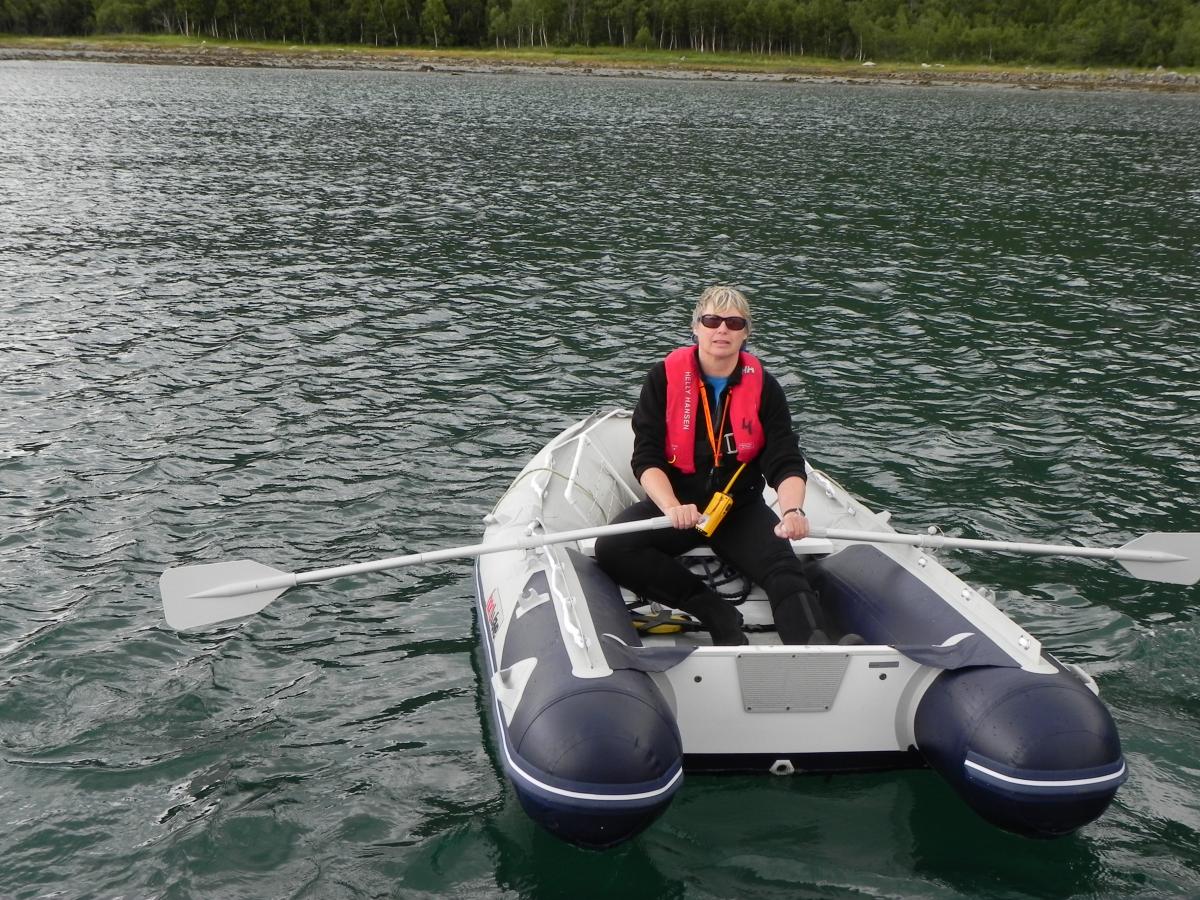 Professor emeritus Jeanine Olsen of the University of Groningen, on an expedition at a ZEN site near Bodø, Norway. ZEN (Zostera Experimental Network) tracks eelgrass health at sites across the Northern Hemisphere. (Credit: Wytze Stam)

“I’m hopeful because our results illustrate long-term resiliency to repeated, major changes in thermal tolerances and the wide range of eelgrass habitats over about half the Northern Hemisphere,” Olsen said. “With the genomic resources now available for eelgrass, we are beginning to analyze functional changes in genes and their regulation in real time. It’s very exciting.”

To protect existing eelgrass beds, maintaining current diversity is a good first step. In places that have already lost eelgrass beds, restoration offers some promise. Some success stories already exist, such as on the eastern shore of Virginia. But many restoration efforts achieve only limited success. As Stachowicz pointed out, this raises additional questions.

“Should you be restoring seagrass using plants from local environments, or should you be thinking to the future and trying plants with genetics better suited to future environmental conditions?” he asked. “Or should you hedge your bets?” Maintaining or enhancing genetic diversity could be the best way to provide populations of seagrass with the diverse toolkit needed to survive in an uncertain future.