We want to find these targeted species and measure changes in their population. By collecting information about the location of these animals we can determine if the populations are growing or shrinking in particular areas. This information can help us determine what the effects invasive species may have on the native species in the environment. By doing surveys of bays through time, we can see how the types and abundances of the species of the organisms changes, and how different species interact with another. It also gives us a chance to detect new invasive species before they become problematic.

The survey data also helps us understand whether or not efforts to prevent invasions or limit the impact of invasions are working. We share our findings with natural resource managers and policy makers so that they can implement the most effective strategies possible to deal with marine species.

Why do we care about these species? Who cares if they take over? 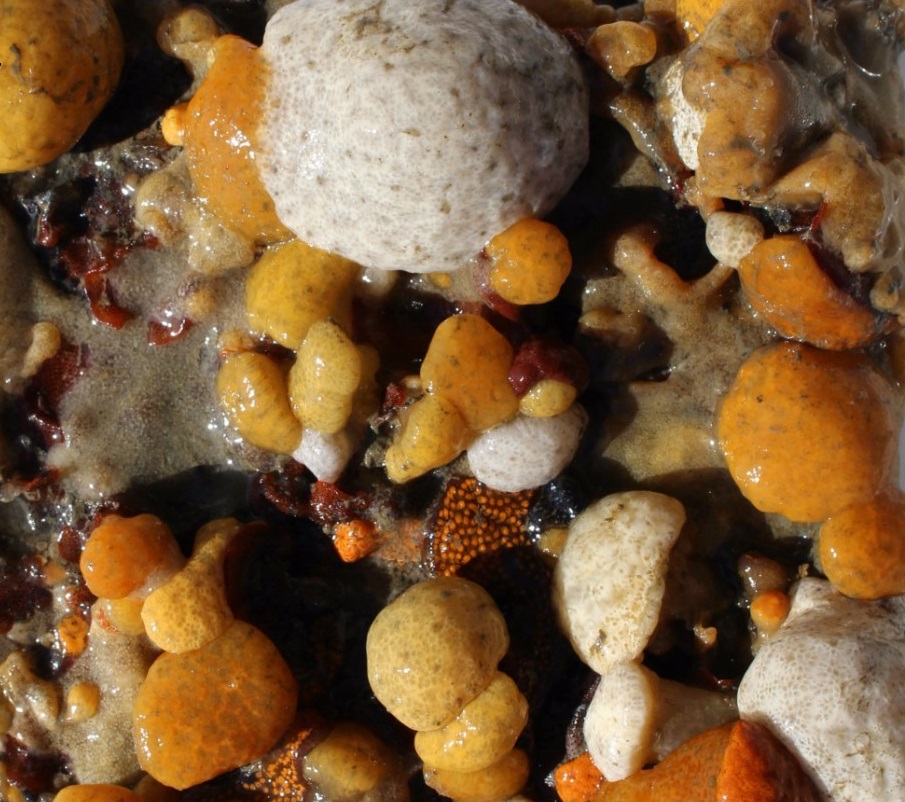 The full effects of all of these species are not known. We do know that many of these species are fouling species. This means that they can cover large areas and buildup on surfaces. Fouling species can smother native species, and damage or clog man-made structures in the oceans such as docks or power plant pipes. One example, the red rust bryozoan, is tolerant of copper and mercury which are ingredients used in antifouling paint to keep ship hulls clean of fouling organisms. This allows the red rust bryozoan to travel from place to place, which provides a surface for other non-natives to settle.