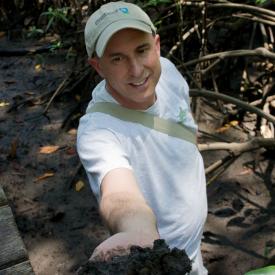 Sunrise at the Global Change Research Wetland, a site of futuristic climate research at the Smithsonian Environmental Research Center. These chambers have been growing plants with extra CO2 since 1987. (Credit: Tom Mozdzer)

Wetlands across the globe are in danger of drowning from rising seas. But for decades, scientists held out hope that another aspect of climate change—rising carbon dioxide (CO2)—could trigger extra plant growth, enabling coastal wetlands to grow fast enough to outpace sea-level rise. That helpful side effect is disappearing, they discovered in a new study published May 18.

“Too much water is a stress, an environmental stress, for plant response to high CO2,” said Chunwu Zhu, lead author of the report in Science Advances. Zhu, a biologist with the Chinese Academy of Sciences, conducted the study while on a fellowship with the Smithsonian Environmental Research Center (SERC).

Conserving wetlands is critical both to fight climate change and adapt to it. Besides providing habitat, wetlands sequester massive amounts of carbon and protect people from some of climate change’s more extreme effects, such as hurricanes and typhoons.

“Although they occupy just a fraction of the Earth’s surface, they provide outsized ecosystem services, which are basically benefits to people,” said corresponding author Pat Megonigal, a biogeochemist with SERC. “And we value them partly because, by protecting a relatively small part of the Earth, we can have big positive impacts on the environment.” 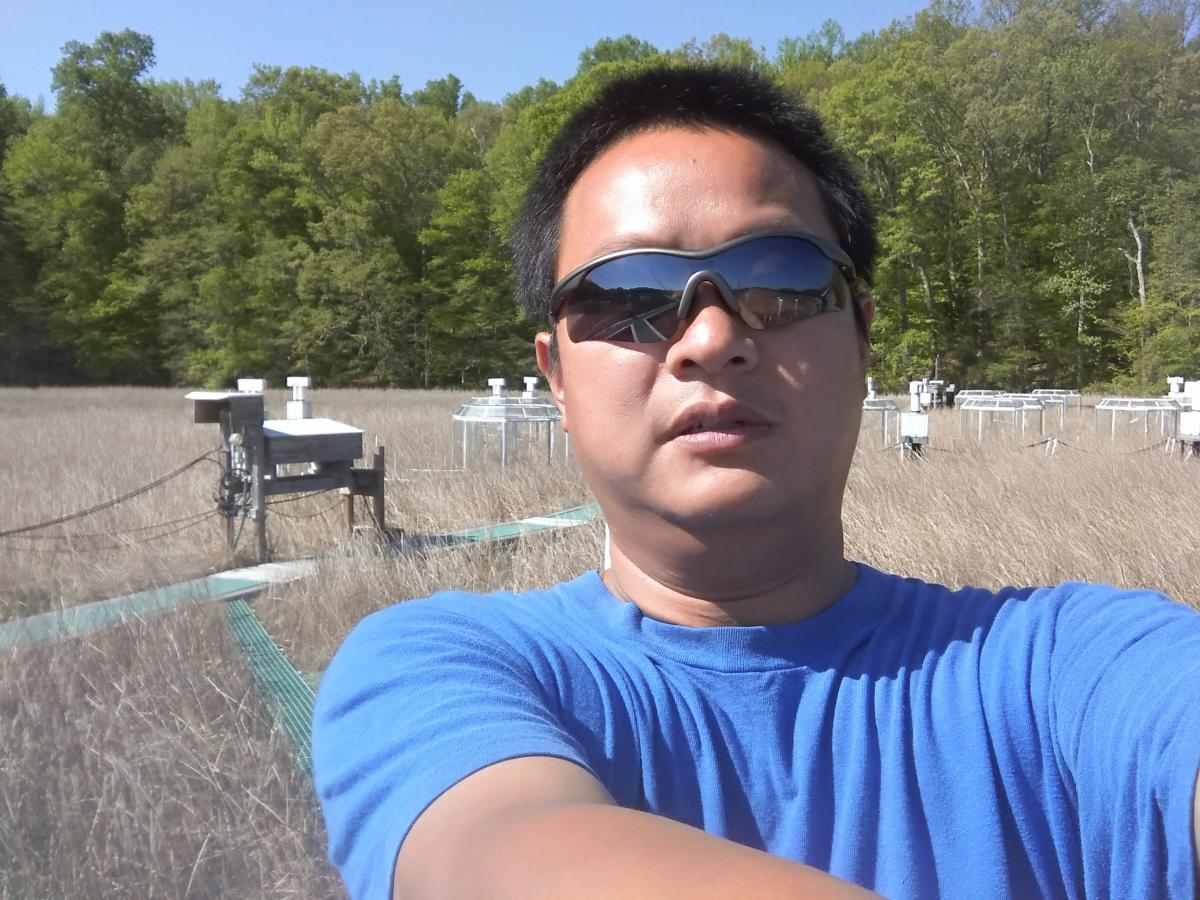 The study took place at SERC’s Global Change Research Wetland, a research site Megonigal runs on the western shore of Maryland. The wetland is home to several futuristic experiments, where scientists simulate the climate of 2100. For this study, the researchers relied on an experiment that started in 1987—currently the world’s longest-running field experiment on how rising CO2 impacts plants. Inside 15 open-top chambers, scientists have been raising CO2 concentrations by an additional 340 parts per million, roughly doubling atmospheric CO2 levels of 1987. Another 15 chambers serve as controls, with no added CO2. The team focused on the 10 chambers with “C3” plants—a group of plants known to respond vigorously to high CO2 that includes roughly 85% of plant species on Earth. 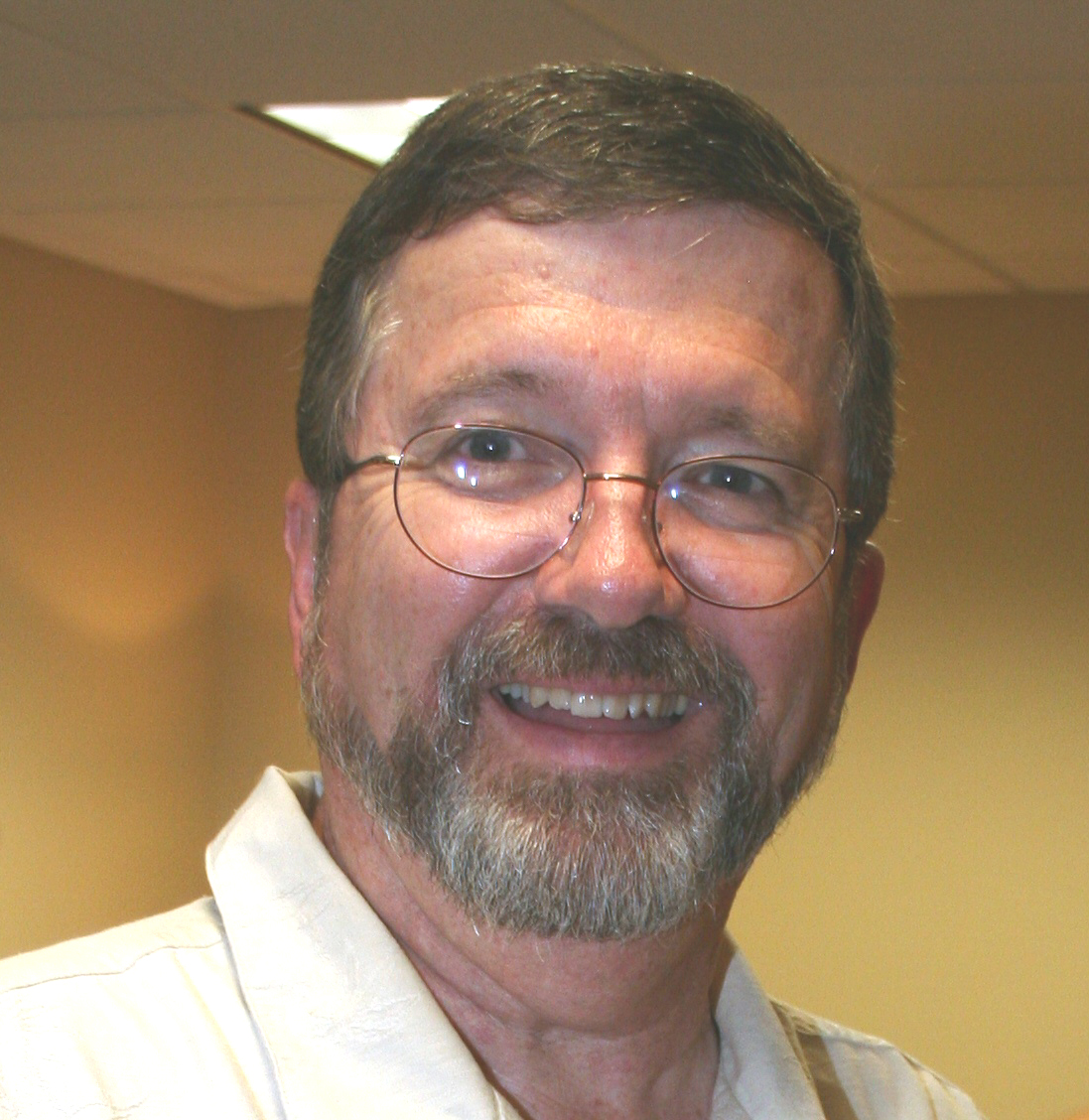 For about the first two decades of the experiment, plant growth in the higher CO2 chambers flourished. Above ground, plants in the high-CO2 chambers grew on average 25% more than plants in the untreated chambers. The effect was even more powerful underground: High CO2 triggered about 35% more root growth. Root growth is especially critical for wetland survival, as roots help wetlands build soil and keep the foundations growing upward even as seas continue to rise.

“Even though elevated CO2 contributes to sea-level rise, it also enhanced the marsh’s ability to accrete vertically during the early years of the experiment,” said Don Cahoon, a coauthor and research ecologist, emeritus, with the U.S. Geological Survey.

But after 2005, the effect declined and vanished. For the last 14 years of data in the study, there was no average difference in plant growth between the high-CO2 and normal chambers. 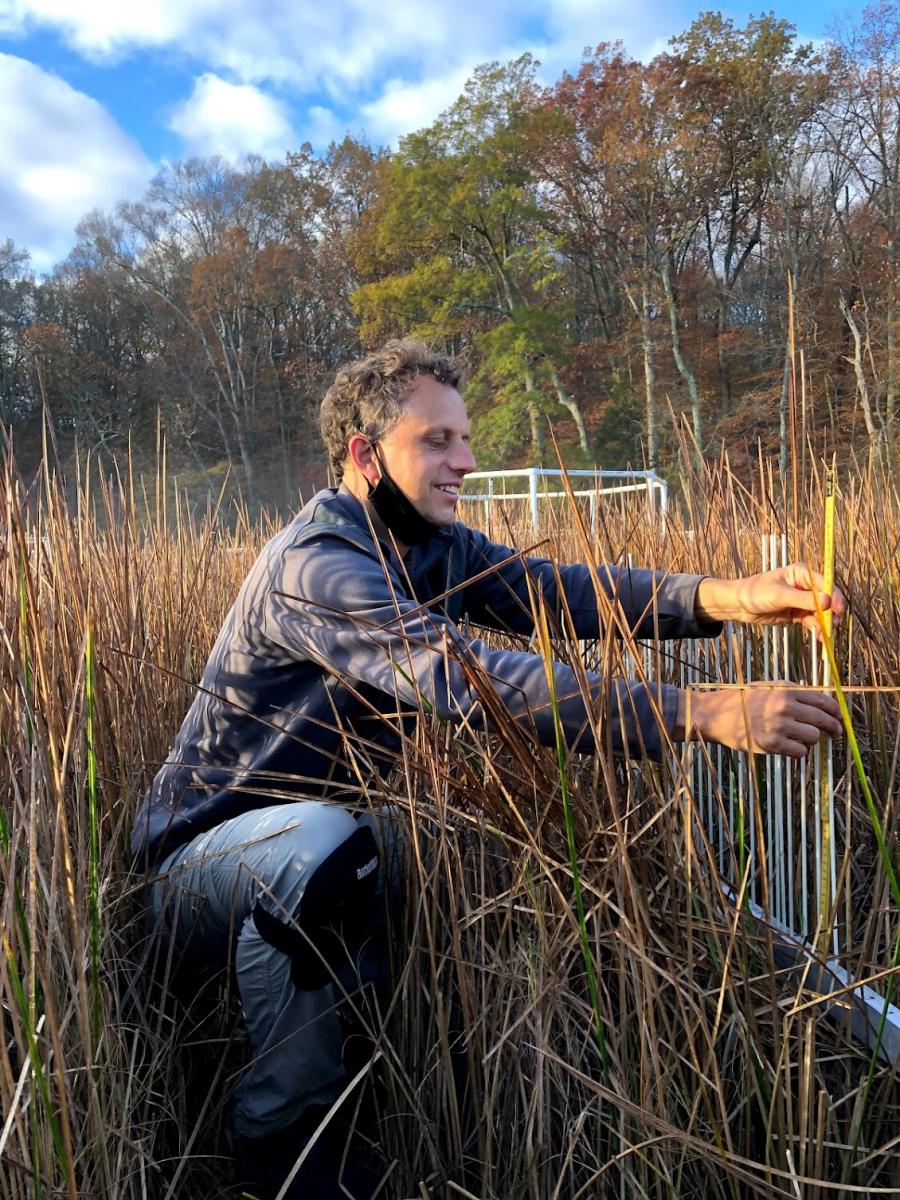 “The CO2 effect has always been one of the silver linings of climate change,” said coauthor Adam Langley, an ecologist with Villanova University. “Well, at least plants are going to grow more. But we see here that they didn’t. So the silver lining to me just got a little cloudier.”

The team examined several possible explanations for the drop-off: precipitation, temperature, the saltiness of the water during growing season or the presence of critical soil nutrients, like nitrogen. Only sea-level rise showed any link to plant growth. Once sea levels at the wetland rose 15 centimeters above where they began in 1987, the benefits of higher CO2 disappeared.

“In some ways, this is a race,” said Lewis Ziska, a coauthor and plant physiologist at the Columbia University Mailman School of Public Health. “A race between what CO2 can do and what sea level can do.”

Sea-level rise can shut down extra growth for a very simple reason. As waters rise, wetlands flood more frequently. Plants need oxygen as well as CO2—and wetland plants evolved to get most of their oxygen from air rather than water.

“Plants are aerobic, oxygen-breathing organisms,” Megonigal said. “And that includes their roots. And so they’re fundamentally faced with this problem of having their root system in an environment that doesn’t have any oxygen in it.”

Some wetlands may yet be able to escape drowning. If wetlands cannot rise higher by building soil, migrating inland is another possibility. However, that can only happen if they have enough space. For many communities, allowing room for wetlands to move in would require a shift in how they use and value the land.

In the meantime, Earth’s climate accountants will need to rethink the planet’s carbon budget. Now that scientists know extra CO2 does not always stimulate wetland growth as much as they thought, how much carbon wetlands can absorb in the coming decades remains even more uncertain.

The study is available on the Science Advances website at https://www.science.org/doi/10.1126/sciadv.abn0054. For photos, a full copy of the paper or to speak with the authors, contact Kristen Goodhue at goodhuek@si.edu.