Stressed-Out Young Oysters May Grow Less Meat On Their Shells 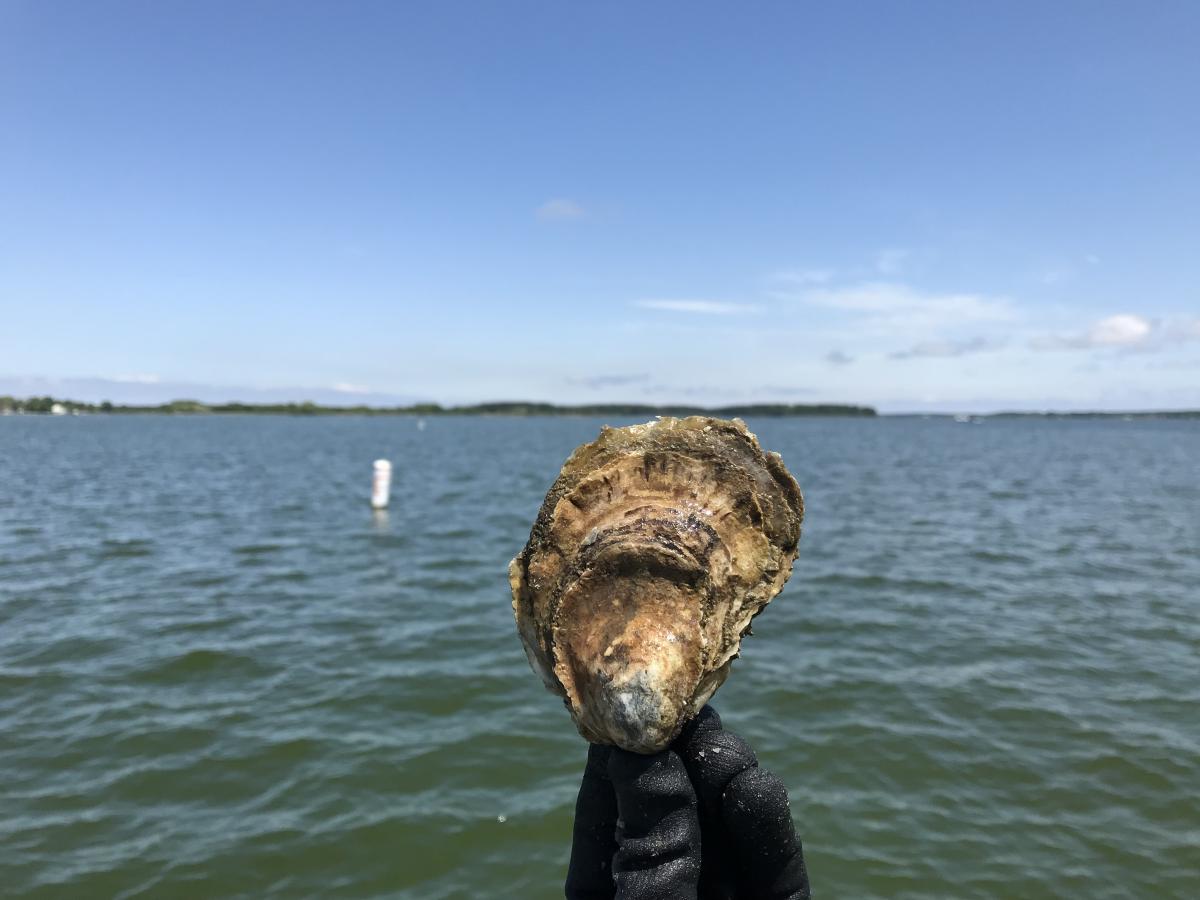 Eastern oysters in Chesapeake Bay live mostly in shallow tributaries. It's a rough environment for shellfish that can't move. During hotter months, oxygen levels can swing drastically, from perfectly healthy levels in the day to near zero at night. To save energy, some oysters react by focusing more on shell growth than tissue growth. That could pose a problem for anyone involved in the seafood industry.

“What we all of course want to eat at the raw bar is the oyster tissue,” said Sarah Donelan, a SERC postdoctoral fellow and lead author of the new report. “Customers and restaurants might be less pleased if there’s less tissue in what looks to be a large oyster.”

Total oyster growth suffered most when oysters experienced low oxygen alone. But early exposure left marks that were far easier to miss. There, researchers discovered a sharp drop in how fast oysters grow tissue versus shell. Oysters invested more in growing their shells—and less in the succulent, slurpable tissue inside—when exposed to the double punch of low oxygen and warmer waters both early and later in life.

For this study, Donelan teamed up with SERC senior scientists Matt Ogburn and Denise Breitburg. Ogburn studies conservation of oysters and other fishery species in Chesapeake Bay. Breitburg specializes in how fish and shellfish cope with the many environmental dangers that can coexist in the Chesapeake.

Donelan, an evolutionary biologist, wanted to find out if exposure to threats when very young could shape oysters later in life. Nightly swings of low oxygen put a special brand of pressure on the shellfish.

“If it’s always bad, they can evolve over time to cope with those poor conditions,” Donelan said. “But especially for [immobile] organisms like oysters, these fluctuations can be very stressful.” 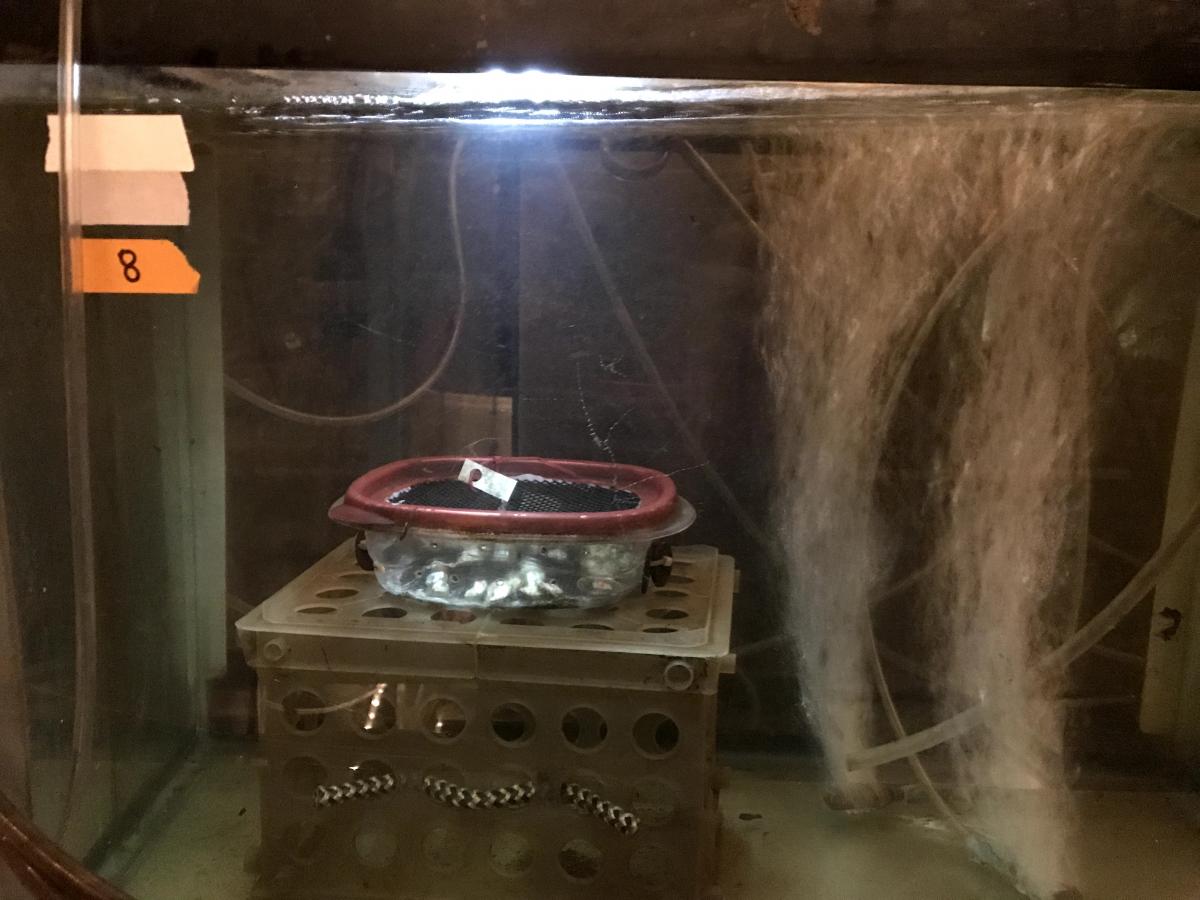 In experimental tanks like this, Sarah Donelan simulated the effects of warmer water and low oxygen in Chesapeake Bay on Eastern oysters. (Credit: Sarah Donelan/SERC)

Donelan ran her experiment in a small lab SERC scientists affectionately call “The Room of DOOM” (the acronym stands for “Dissolved Oxygen Oyster Mortality”). It is a cramped, dark room filled with aquaria where biologists mimic conditions in shallow Chesapeake waters. Donelan took 3,600 young oysters, each about 3 months old, and exposed them to four possible scenarios. Some oysters experienced hotter water temps, some experienced nightly swings of low oxygen, some received both, and some got neither. After 18 days, Donelan gave the oysters a rest.

At first the oysters did not look any worse for wear. All oysters were roughly the same size regardless of whether they had been in hot water, oxygen-starved water or perfectly normal water. When Donelan estimated each oyster’s shell and tissue size, she did not find any significant differences either.

But the effects of stress may simply have lain dormant. After a two-month break, Donelan put half the oysters back into experimental tanks. When faced with the same rough conditions again, oysters that had suffered from both low oxygen and hotter waters in Phase One started showing signs of strain.

The oysters managed to grow to a respectable size. But Donelan noticed something odd: Compared to more pampered oysters, oysters that suffered both stressors twice grew their shells more than their tissue. Their tissue-versus-shell growth ratio was merely half that of oysters that escaped the early double exposure.

It was a troubling find, because for oysters and oyster farmers alike, the meaty tissue is what really matters. 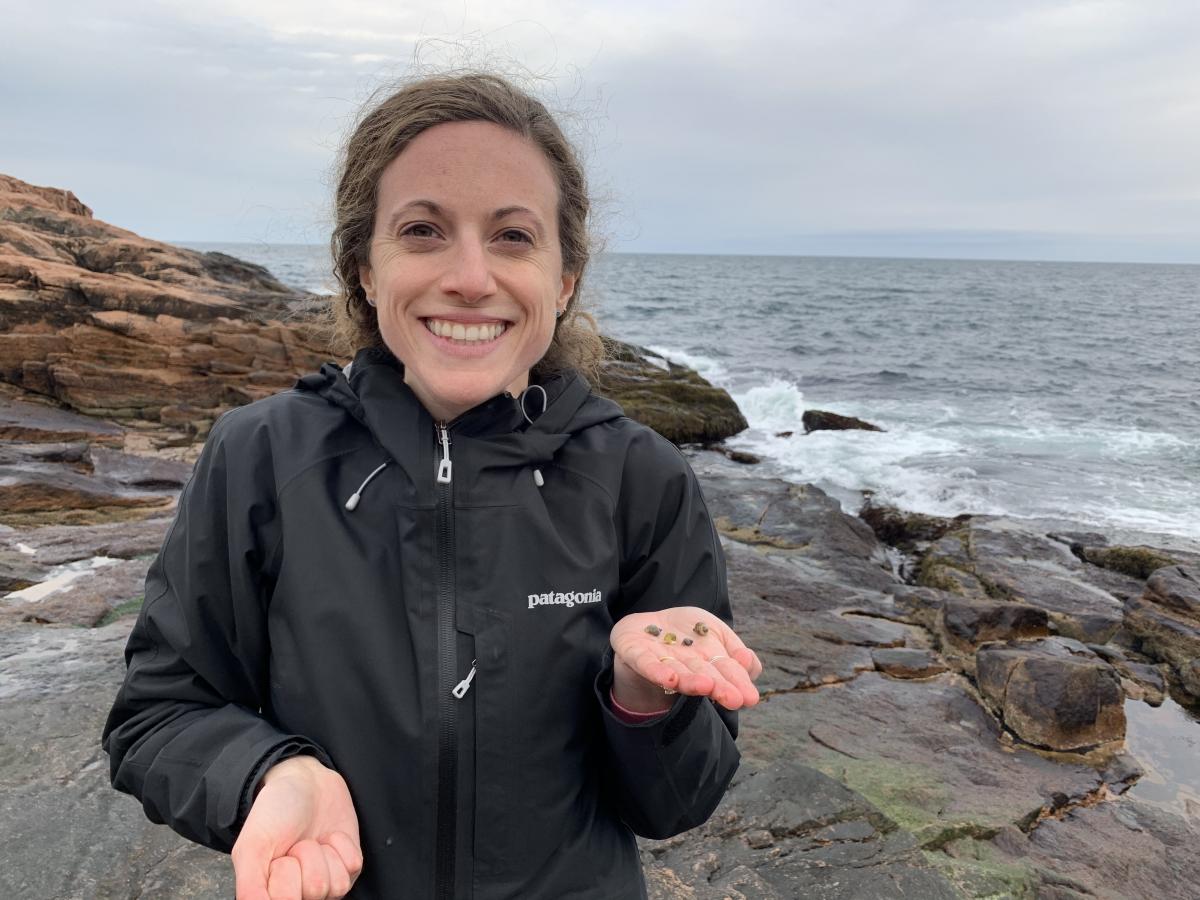 This raised a question for the biologists: Why would early exposure not toughen up the oysters instead? Donelan has spent her career watching animals adapt, and she's seen it work both ways. In this case, she suspects the combination of warming and low oxygen leaves a scar that does not easily heal.

Perhaps a critical gene turned off—or turned on. Perhaps something in the oyster’s microbiome shifted, making them less efficient at processing oxygen. Whatever went on behind the scenes, it pushed the oysters to grow their shells more than the tissue they need to survive and spawn more oysters.

Fortunately, oyster farmers have some options for protecting their stock. This could involve tracking oxygen levels in the water, to see which areas are vulnerable to low-oxygen swings. It could mean bubbling extra oxygen into oxygen-starved zones. For farmers with indoor systems, keeping young oysters in tanks and out of the field longer could offer more protection.

“Of course it’s more of a time investment to have to move oysters around or look at dissolved oxygen profiles on your farm, but it could be worth it,” Donelan said.

The key, she said, is to protect oysters while they are still young. Oysters that were not exposed to the warm water-low oxygen combo early in life fared much better when they faced the same combo later.

Meanwhile, oysters are not the only creatures that suffer these “carryover effects” from stress. They contain a telling message for conservationists: What other dangers could be headed off by protecting organisms while they are young?

The study, titled “Context-dependent carryover effects of hypoxia and warming in a coastal ecosystem engineer,” is available at https://esajournals.onlinelibrary.wiley.com/doi/abs/10.1002/eap.2315. For images, a full copy of the report or to speak with the authors, contact Kristen Minogue at minoguek@si.edu or (314) 605-4315.