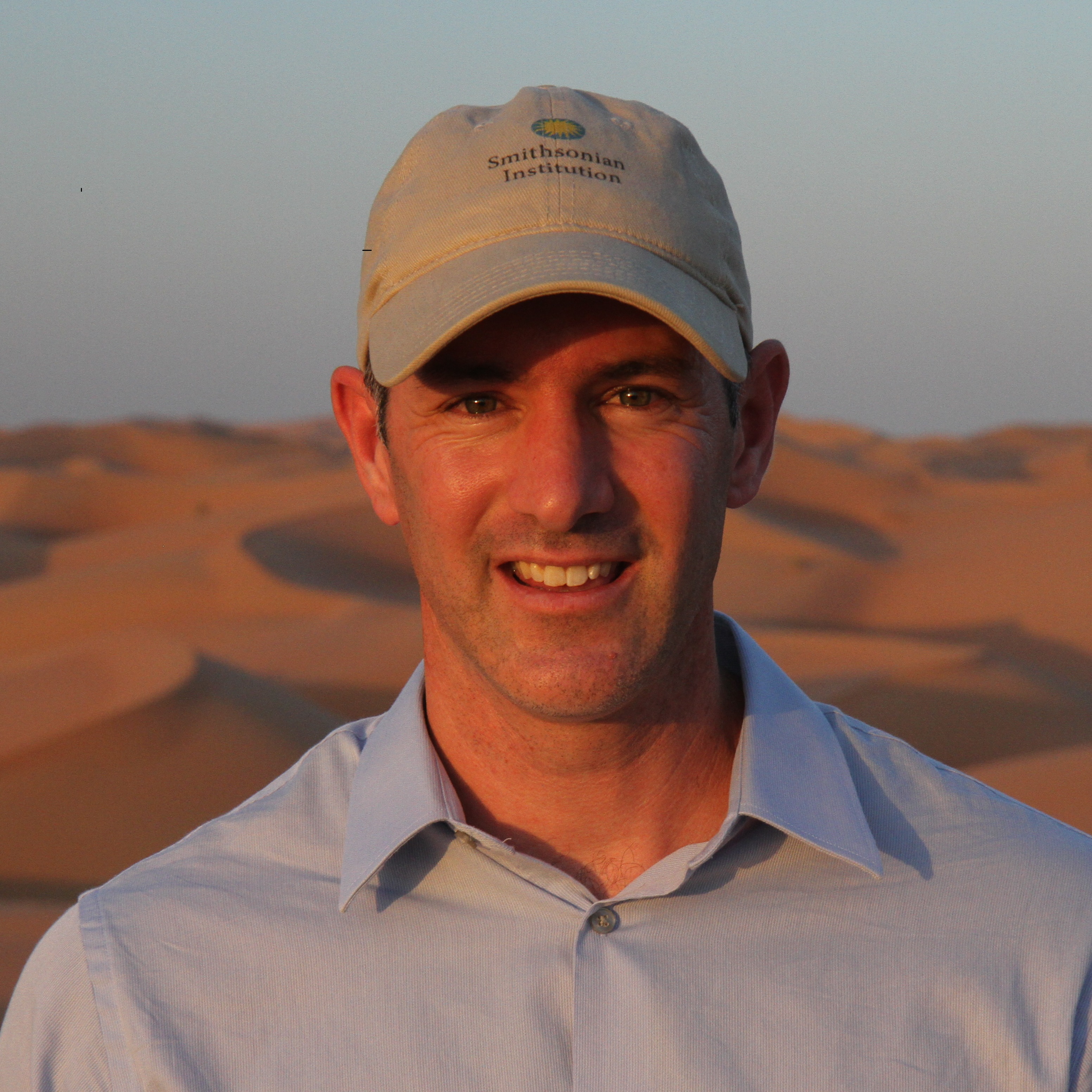 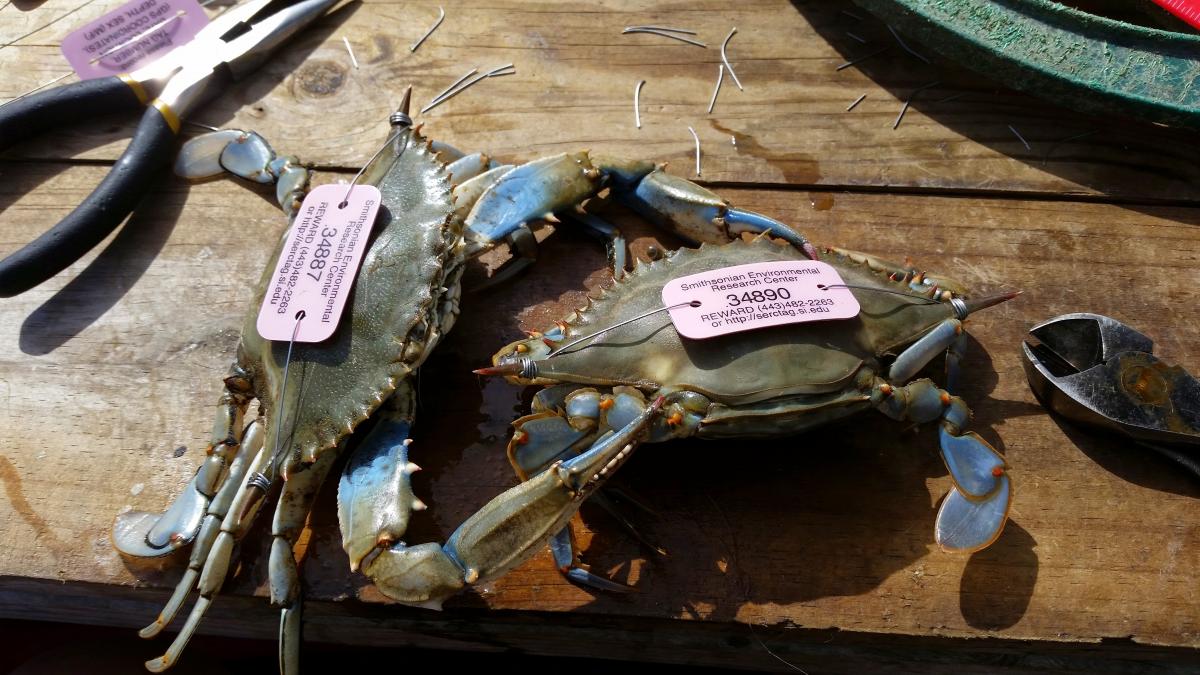 To estimate recreational versus commercial crabbing, biologists outfitted crabs with these pink tags, offering a reward to crabbers who found them and reported the catch. (Credit: Kim Richie/SERC)

When it comes to recreational crabbing—one of the most iconic pastimes along Maryland’s shores—the current estimate of 8% of "total male commercial harvest" runs just a little too low. Biologists, with local community support, found stronger evidence for the underestimate in the first tagging study to estimate the recreational blue crab harvest statewide.

“It’s such an important cultural activity here to go out and harvest crabs,” said Matt Ogburn, a biologist with the Smithsonian Environmental Research Center (SERC) and co-author of the new report. Once declared a “commercial fishery failure”  in 2008 after years of record low numbers, blue crabs have made a somewhat bumpy but steady comeback over the past decade. 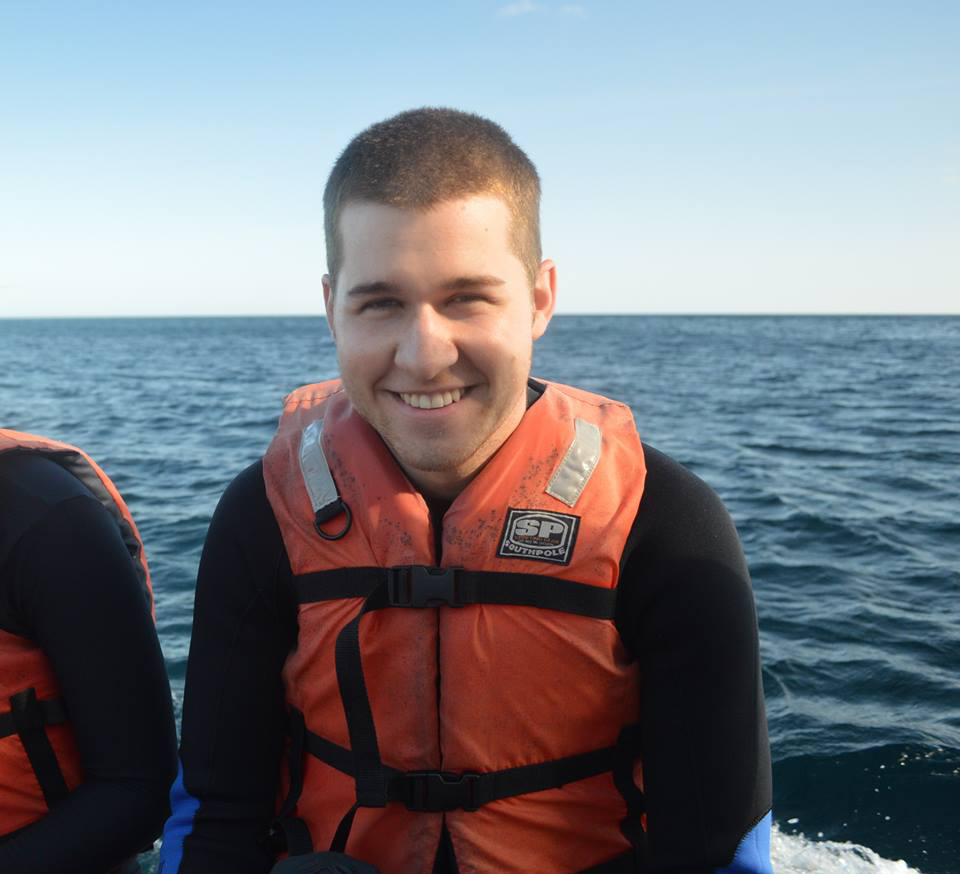 Robert Semmler, a doctoral student at Lancaster University, teamed up with the Smithsonian and local crabbers in the first statewide tagging survey to estimate recreational blue crab harvest in Maryland.(Credit: Isidro Bosch)

Right now, the Chesapeake Bay Stock Assessment Committee estimates recreational harvest to be 8% of the total male commercial harvest. Since recreational crabbers are not allowed to harvest females—one of the new regulations put in place in 2008 to ensure blue crabs continue to spawn—comparing “total male” harvests in theory offers a better apples-to-apples comparison.

“If those methods underestimated the amount of recreational fishing, if we keep doing the same thing, we’ll always be underestimating it, and we won’t know that,” Ogburn said.

So Ogburn, Semmler and SERC’s Fisheries Conservation Lab decided it was time to try a new method to see if the 8% figure would hold up. The project was part of Semmler's master's thesis during his time at the University of Maryland. 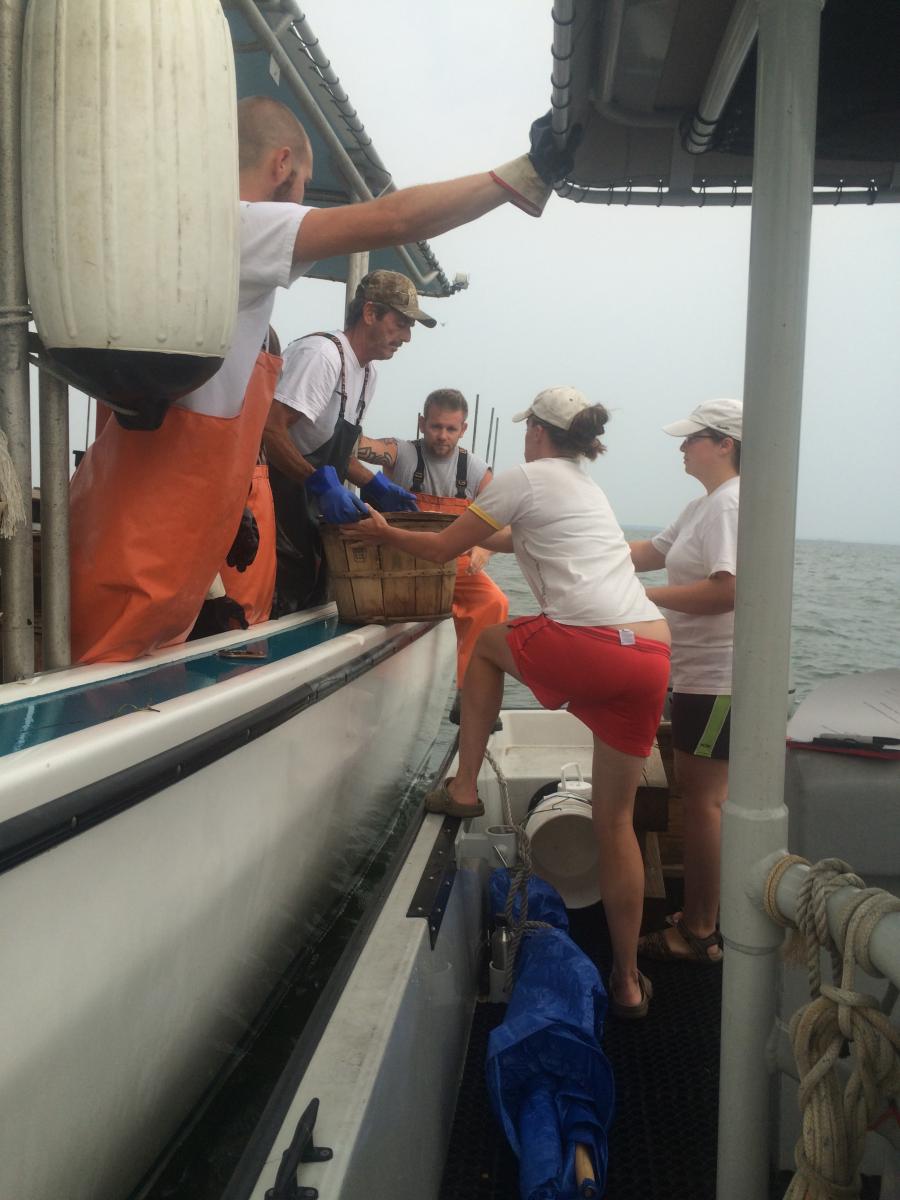 The biologists used a technique called “mark-recapture.” They teamed up with local watermen to mark 6,800 crabs with vinyl tags on their shells. Their tagging effort spanned 15 regions along Maryland’s eastern and western shores, including the bay mainstem and several tributaries, giving them a thorough picture of crabbing statewide.

The tags contained the lab’s phone number and an offer for a reward. Anyone who captured a tagged crab could call the number, tell the scientists where they caught the crab and if they were a commercial or recreational crabber.

The assist from the local community was critical. Biologist Rob Aguilar, head technician for the Fisheries Conservation Lab, helped the team find crabbers to let scientists on their boats and tag the crabs. But success truly hinged on having enough crabbers willing to call in their catches.

“It’s good to have that relationship and to have people in the community know that they can trust the science, because they were involved in it,” Semmler said.

However, the team did not stop there. They took things a step further to account for crabs moving throughout the bay. Blue crabs do not stay in one place. They move back and forth between the saltier bay mainstem—where commercial crabbing prevails—to fresher tributaries, where recreational crabbing is more common. Ignoring crab movement could easily skew the team’s estimates.

Once they took that into account, their results changed. Without crab movement, the team calculated recreational harvest at 4.04 million crabs, or roughly 8.4% of “total male” commercial harvest—right in line with the current 8% estimate. But with crab movement in the equation, recreational harvest rose to 5.39 million crabs—or 11.2% of “total male” commercial harvest.

Shifting to an 11.2% estimate, the authors say, would give Maryland a more accurate picture of recreational crabbing throughout the state. This would also bring the assessment close to the average of 11.6% of “total male” commercial harvest estimated from prior recreational crabbing surveys.

By doing tagging surveys in over a dozen regions, the lab also pinned down spots where the recreational take is higher than average. Hot spots of recreational crabbing tended to be in tributaries with clusters of waterfront homes and easy access for recreational boaters.

“Depending on where you live, recreational harvest could range from near zero to more than twice the size of commercial harvest in densely populated places like the Severn River,” Ogburn said. “That means you might see high recreational harvest of crabs in your local area, but once you average across the entire state, the level of harvest isn’t much higher than expected.”

Scientists from the Smithsonian Environmental Research Center, Lancaster University and the University of Maryland took part in the project. The full study is available online at https://cdnsciencepub.com/doi/full/10.1139/cjfas-2020-0112. For images, a pdf copy of the study or to speak to one of the authors, contact Kristen Minogue at minoguek@si.edu or (314) 605-4315.