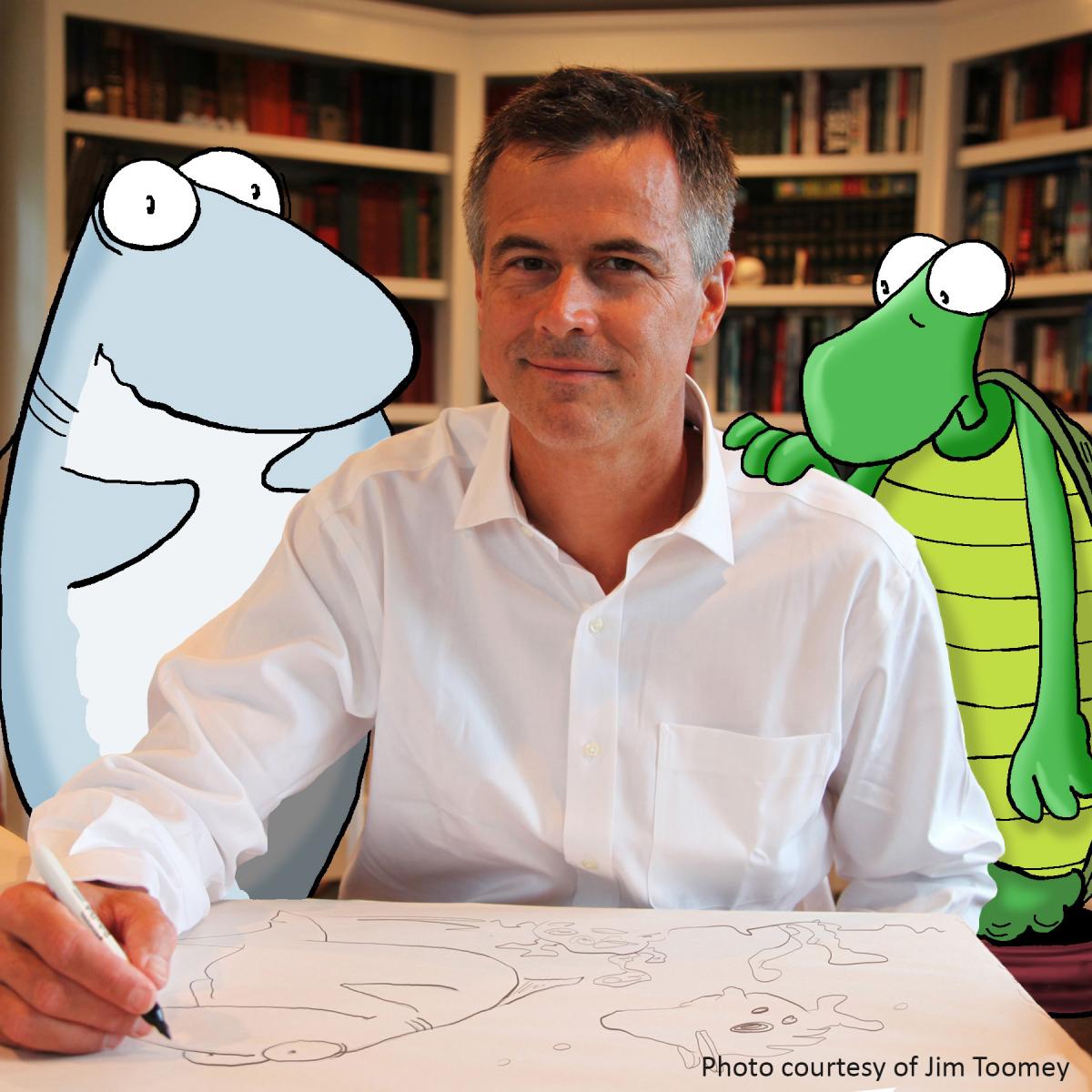 Join us for the finale of our free Bay Optimism lecture series! The festivities start with a pre-lecture dessert reception at 6:30pm, followed by the lecture at 7.

Jim Toomey draws the popular comic strip Sherman’s Lagoon, which appears daily in over 250 daily newspapers, including the Washington Post.  The strip’s underwater theme explores environmental issues in a way that appeals to adults and children alike.  As a syndicated cartoonist, and more recently an award-winning videographer, Jim has successfully communicated science and conservation issues in mass media for over 20 years. The conservation message in his comic strip earned him the Environmental Hero Award in 2000, presented by NOAA on behalf of Vice President Al Gore “for using art and humor to conserve and protect our marine heritage,” and again in 2010. His comic characters and other illustrations appear in educational materials published by NOAA, the United Nations, and a variety of nonprofit organizations to help raise awareness of the oceans.

In this talk, Jim will use live drawing to demonstrate how he illustrates his comic strip. He also will discuss the environmental issues he most wants to emphasize, and how he finds a balance between entertainment and education in his work.